Among all aquatic life, you’ll find fish with fascinating adaptations. Adaptations refer to the unique behaviors and/or body parts that animals develop to survive in their habitats. These adaptations may involve body shapes, colors, hunting strategies, defense tactics, and/or parental care. In our Extreme Fishes gallery, you’ll be fascinated by fish swimming upside down, skipping on land, and eating with two pairs of jaws! 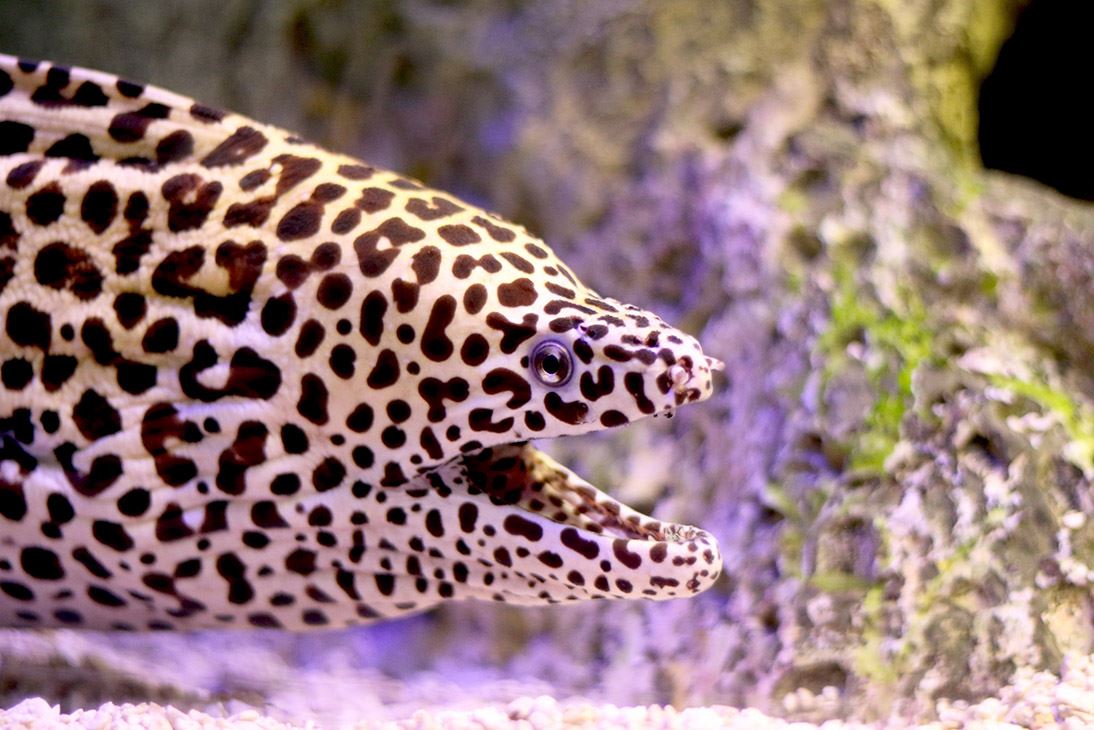 A common way for animals to hide from predators is to blend into their surroundings. By mimicking their environments' colors, textures, and movements, some animals can hide from predators. This is especially common in coral reefs, which provide many hiding places.

In addition to camouflage, animals may also protect themselves with adaptations that scare or harm their predators. Stonefish use camouflage to hide, and then use pain-inflicting venom to keep predators away.

The African mudskipper lives in the intertidal zone, where water levels constantly change. While most fish stay deep enough to always stay underwater, the African mudskipper thrives out of the water, too. If their skin remains moist, they can breathe through the surface of their skin and the lining of their mouth. They also have deep gills that trap more air and water to promote respiration outside of the water. They’ve further adapted to life on land by using their fins to “skip” on land (hence their name)!

Another extreme breathing fish is our African lungfish. Found in swamps and rivers in western and southern Africa, the African lungfish uses a primitive pair of lungs to gulp air at the surface. During droughts, it secretes mucus that hardens around its body to form a cocoon, enabling it to live outside the water for up to two years!

Amazing All Their Own

Some adaptations don’t belong to a group because they’re one-of-a-kind. For example, the blind cavefish earned its name from losing its eyes through evolution. Since caves are dark and don’t rely on vision to find scarce food in a cave, the cavefish have evolved to live with no eyes. By eliminating vision, scientists believe this cave-dweller saves the energy it gets from its food, and saving energy is extremely important when there is limited food available.

Another fish that’s unlike any other is the moray eel. The Extreme Fishes gallery features a honeycomb moray, while our Polynesian Reef exhibit is home to a green moray eel. Morays are unique because they can’t swallow their food, so instead, they have two sets of jaws: one that grabs food and another that comes from its throat and delivers the food to the stomach!