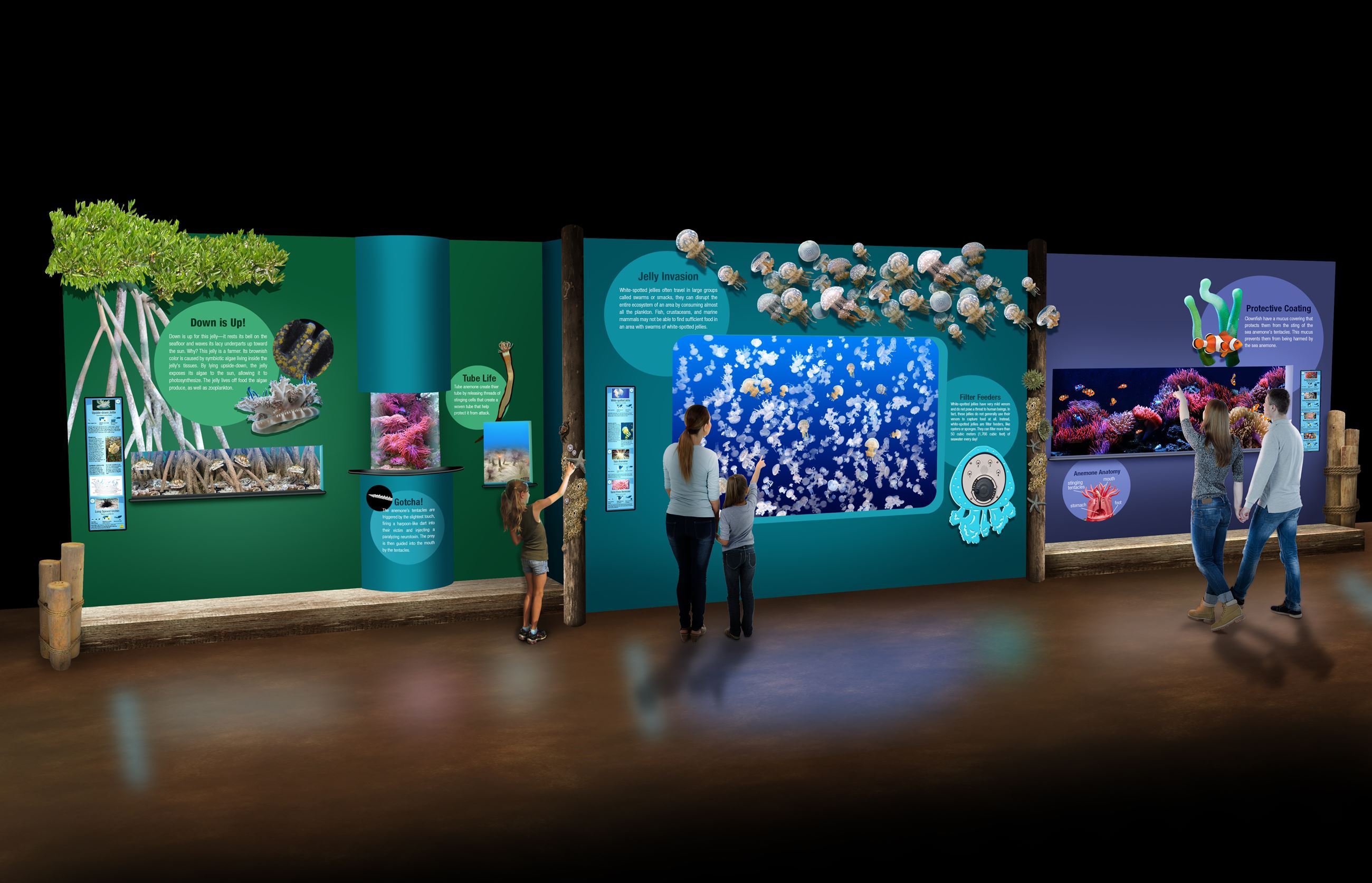 In 2020, the Oklahoma Aquarium began building its newest addition: a clownfish and jellyfish exhibit. These two large exhibits will replace nine smaller displays in the Amazing Invertebrates gallery.

The first phase of this project will involve the expansion of the aquarium’s jellyfish reproduction systems. The second phase of the project will require the demolition of the tanks, walls, and filtration systems of the existing slipper lobster, scallop, horse conch, coral, sponge, oyster toad fish, hermit crab, abalone, and prawn exhibits. Some of these exhibits will be relocated and/or will replace other exhibits in the galleries. The final phase of the proposed project will extend theming throughout the Amazing Invertebrates gallery, illuminating the beauty of these animals’ habitats.

Through public donations from the ongoing "Expand with a Band" bracelet campaign, more than $90,000 was raised and will be used to offset the cost of the project.

The exhibits are expected to open in 2021.